Posted on May 10, 2022 Posted By: Kelly Sunman-Davis Categories: Pastor's Blog 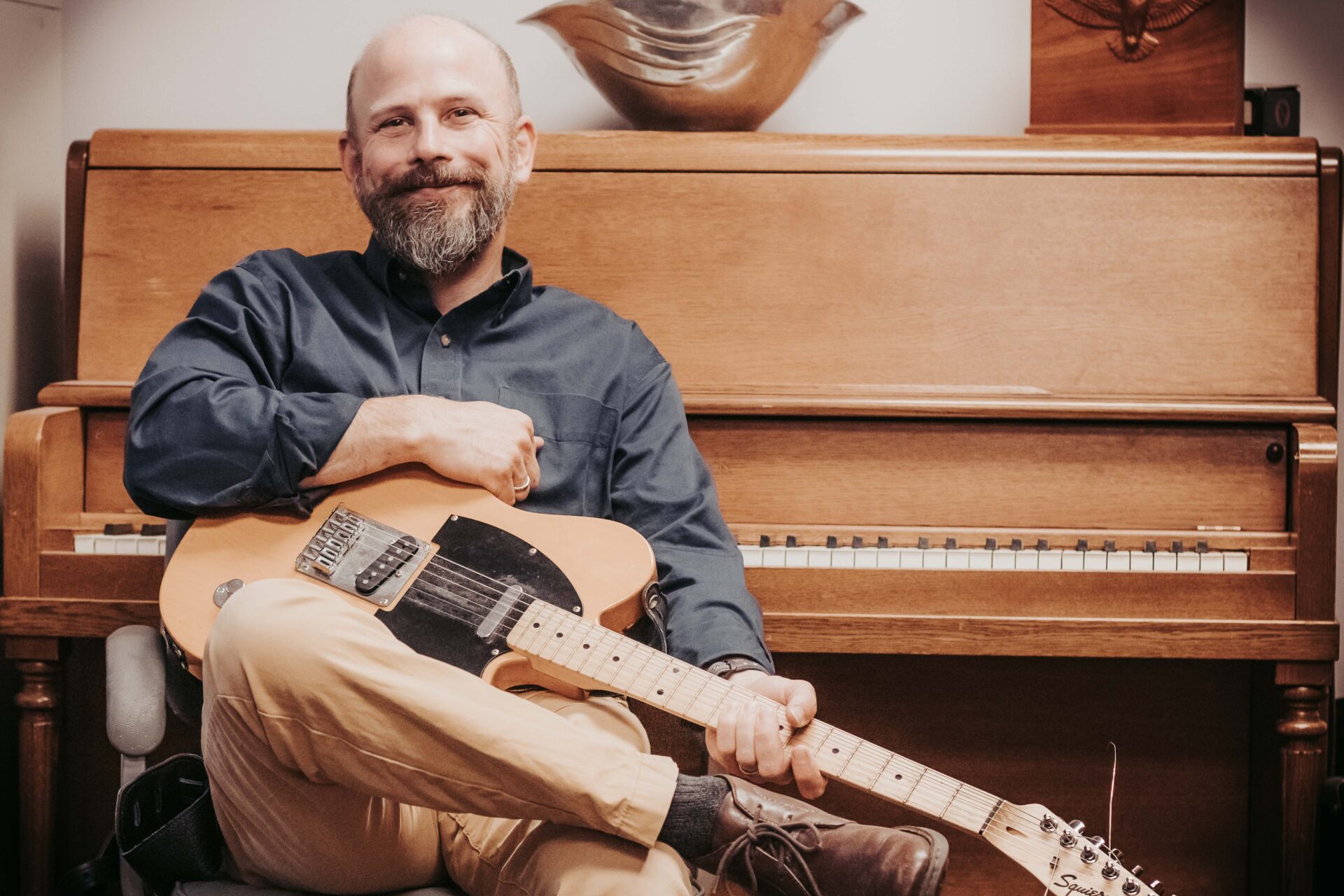 Have you ever felt powerless?  I have.  From the war in Ukraine and weather cycles to racial tension and inflation there are plenty of things that are far beyond our control.  Frankly, I look at the state of my living room, with the books piled up, newspapers stacked haphazardly and dog fur floating in the air I feel pretty powerless.  How do you cope?

I was reading a Dear Ann newspaper article about powerlessness in which several folks wrote in to give advice on how to be more resilient in the face of looming powerlessness.  Over all, two things rose to the top:

1. Stop consuming so much news media because it is designed to cause you anxiety so that you will watch it.
2. Stop using Social Media so much for the same reasons.

While those are practical steps one can take to limit anxiety and maintain a positive focus, I was a little disappointed.  Simply ignoring or limiting our awareness of the world isn’t ultimately going to solve the problem.  The perceived problem is the problem. The solution to a feeling of powerlessness is acknowledging that, indeed, we are powerless.

This may seem like a cop-out to you.  How could this be any different from limiting the emotional damage done by reality and others’ false notions of it?    This is just the dark side of the same coin and really doesn’t do anything different for us.  If we admit we are powerless rather than rail against our lack of power, the choice between despair or hedonism remains.

This is where living with Jesus is transformative.  We are quite powerless ultimately and I believe this is where God wants us to be.  Take Gideon for example.  The youngest son in the weakest clan of Israel, in Judges 6 Gideon is confronted by an angel of the Lord and told, “You have the strength. Deliver Israel from the power of the Midianites!”

Gideon did not feel that way at all.  He felt very powerless.  Sometimes when we feel powerless we project that lack of ability to do anything onto God.  This is a big mistake.  God is very capable, especially in our weakness.  After the angel challenges Gideon he says, “Have I not sent you?…I will be with you!  You will strike down the entire Midianite army.”

This makes all the difference to Gideon.  He needs to test the Lord several times establishing and reestablishing God’s call on his life.  After Gideon commits to leading the army to defeat the Midianites, God thins the rack of Gideon’s army from 32,000 to 300.  This is so that Israel might know that it was not their own power but God’s.  In short, God wanted them to experience the power of God in such a way that it could not be missed.  God is firmly in control over seven years of oppression by the Midianites, over the moment of deliverance and over the nation of Israel’s future.

While Gideon mustered a large army and displayed skill at organizing and leading people, God was ultimately the power that prevailed.  This story reminds us that it is so easy to forget that it is only through God’s power that we can accomplish anything.  Living in Fenton we have a great deal of influence over what we do each day, how we feel, what we eat and where we go.  In many ways it is like trotting after the Midianites with an army of 32,000 men.  We can accomplish many things!

How many of you have had your ‘army’ decreased to 300?  Did you receive that phone call?  Read that text?  Learn something awful about your child or partner?  The armies in our heads can be quickly thinned out by circumstances and we might feel so very powerless.  It is at this place that our stiff necks become tender enough to look up into the eyes of our Savior.

Jesus said, “I am the vine; you are the branches. The one who remains in me—and I in him—bears much fruit because apart from me you can accomplish nothing.”  Even when we thought we could do it all, it is only by the grace of God.  Even when we thought we had solved all our problem, that was like flowers in the field, beautiful today and gone tomorrow.  It is our Father in heaven whose constant love sustains us, in season and out.

An older member of our congregation commented that she wakes up every morning thankful that God has given her one more day. As a younger person I go to bed each night thankful that God grants me rest after a busy day.  I figure we had something to learn from each other.  Everyday is a gift from a loving God, from the beginning of it to the end.

It is gratitude that should be the result of recognizing that we are powerless.  Thanks is given not because we are incapable, but because we are children of the one who is ultimately capable.  While it remains a good idea to limit our consumption of media, social or otherwise, even when we are confronted with all that is troubling, scary, threatening and evil, Jesus said,

“I am not alone because my Father is with me.  I have told you these things so that in me you may have peace. In the world you have trouble and suffering, but take courage—I have conquered the world.” (John 6:32b-33)